We focus on a private and luxury wine guided tours. All of our tours offer you the opportunity of travelling through the notorious Douro Valley guided by a tourism graduated guide and certified Portuguese sommelier with more than a decade of wine and tourism experience and more than 3 decades of love and passion about the Douro Valley.

All of our programs can, of course, be slightly changed according to what you like most.

Tours are planned for 7 people maximum, but if you have a larger group let us know and we’ll surely make it happen! 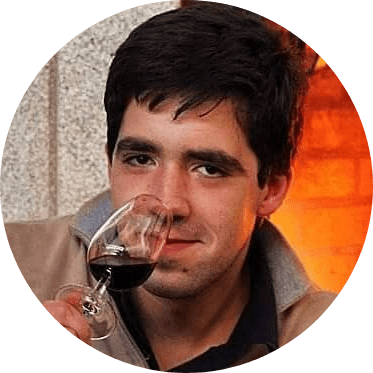 A native of Porto, born in 1987, João Koehler began his love for the Douro Valley upon his move there at the young age of five. The Valley allowed his interests in tourism and wine to flourish, and so he sought his degree in tourism, graduating in 2010. Combining his love for wine and people, he became a tour guide at Sandeman Port Wine Cellars that same year. Later on, João joined the renowned Quinta Nova de Nossa Senhora do Carmo where he managed to learn from some of the best winemakers and wine professionals in the country. Some years later, in 2015, João joined Quinta do Bomfim, owned by the famous Symington Family Estates, to work as a guide. Here, he discovered the deeply intricate world of Port wines as the Symington’s master of production.

In 2016, João decided to further expand his knowledge of wine, finishing the Portuguese sommelier certificate program. The following year, João joined the best hotel in the region, the Six Senses Douro Valley. Here, he worked for 2 years as a sommelier, allowing him to taste, smell, and learn every day while serving and meeting people from all over the world.

In 2019, João has launched his own tour company, Sommelier Tours: Into the Wine, which combines his extensive knowledge and expertise of the Douro wine region with his formal sommelier training and his ever growing passion. Sommelier Tours offers guests the most informative and knowledgeable tours paired with an exclusive and private luxury experience, and of course some fabulous wines!